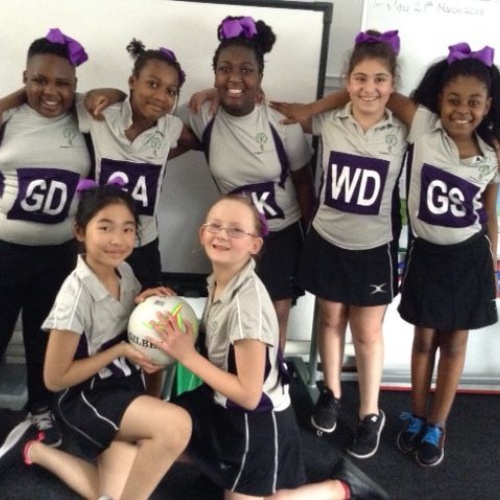 Congratulations to Sheldon from Riley class in achieving a bronze medal in the national WAKO KickBoxing Championships. Along with winning his bronze medal, Sheldon has won the chance to go and train with the GB Olympic kickboxing team.

There has been more individual sporting success as Jada y from Riley class has been training with Arsenal WFC. She starts to train with the full squad again in the summer!

On Friday 16th March our tag rugby team went to the Enfield Tag Rugby League finals. Only 10 teams out of 90 qualified to the finals and we managed to come 3rd! A fantastic achievement- well done everyone.

Last week our Year 2 children took part in the Enfield Dance Festival. Chloe from Zambezi said, “I liked it because we learnt about dances from the past and we met children from other schools!”

This week our netball team played two tournaments at Latymer against other schools in the borough. They played brilliantly and were a fantastic team, showing great sportsmanship!

Last week Hazelbury took part in Sport Relief and we had a whole week of sporting activities! On Monday our ‘Gamesmakers’ stayed after school to teach the staff different playground games. On Thursday, Year 5 children spent the afternoon running sports games for Years 1 & 2. On Friday Year 6 children spent the day with others from schools in the Enfield Learning Trust for a football extravaganza! They were mixed into teams and spent the morning creating team names, designing a team log and shirt and doing a sports quiz. They then played in a tournament in the afternoon.

Throughout the week every child from Year 1 to Year 6 ran around our ‘heartline’ for 15 minutes, together we ran 10,183 laps- equating to 783.5 miles! This is the equivalent of us collectively running to Milan!