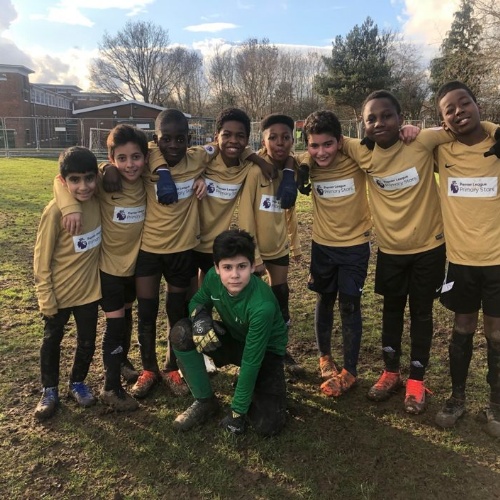 Hazelbury have been having great success in their sporting achievements!

Hazelbury football team recently endured a breath-taking football match which was the second round of the Fursman Cup! We played against and travelled to Salcome Preparatory School in Southgate. The match finished as a 1-1 draw, which meant the game was decided on a penalty shoot-out between the two sides. Amazingly, Hazelbury won the penalty shootout, which sees us through to the next round of the competition, which we hope to win! A fantastic effort all around from the players and staff and a massive congratulations to all for the brilliant win. We are now through to the quarter-finals of the cup where we will compete with Brimsdown School.

Our school netball team went to Latymer School to play against Houndsfield School in an exciting competition. The girls played fantastically but unfortunately fell just short of winning in the end.

The Hazelbury tag rugby team had a match against Bowes Primary School this week. It was a fantastic effort from the whole team resulting in an 8-5 win in a tight battle against a strong opposition! Well done to everyone who participated. The children also played a friendly match against Bowes right after because they enjoyed it so much!

Some of our students travelled to Chase Community School to compete in a Boccia tournament, which went extremely well! Well done to all the students and staff for their efforts, they thoroughly enjoyed the experience!